For location of all components, refer to the explosion diagrams found in the Single Type Electric Fuel Pumps Section. 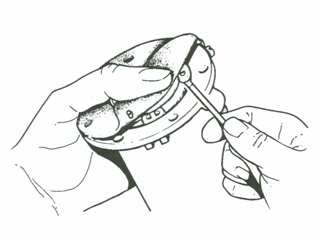 Note: Dismantling of the delivery flow smoothing device should only be undertaken if the operation of it is faulty, and if the necessary equipment for pressure-testing after assembly is available. On this understanding proceed as follows: